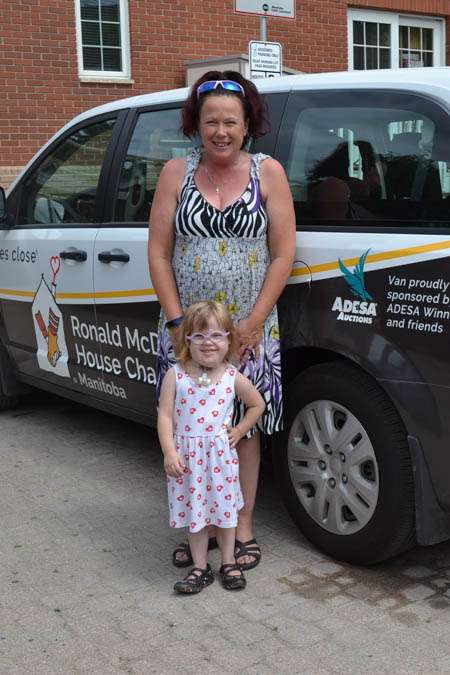 RMHC Manitoba is proud to partner with the Winnipeg ICE!

For 37 years, Ronald McDonald House Charities Manitoba has provided a safe haven of care and compassion providing essential services to families with sick or injured children. And now, RMHC Manitoba will team up with the Winnipeg ICE to raise awareness to support more families in need than ever before with a new Ronald McDonald House!

The new house will be growing from 14 to 40 bedrooms, the facility will increase mission delivery by 186%. Learn more and help fund the new Ronald McDonald House by visiting rmhcmanitoba.org

Conor Geekie will be the Winnipeg ICE team ambassador for the Ronald McDonald House. The former second overall draft pick in the WHL Draft enters his first full season with the ICE after playing his minor hockey with the Yellowhead Chiefs program.

The Strathclair, MB products commitment will extend off the ice in his role with RMHC. He will be actively involved in local awareness events as part of the partnership with RMHC. Conor, along with his teammates will also visit the local Ronald McDonald House and participate in public campaigns with RMHC.

“I am excited to raise awareness by working with the Ronald McDonald House and the Winnipeg ICE towards this very important cause.” said Geekie.

Ronald McDonald House Charities will also have a game sponsorship this season on April 19th vs the Swift Current Broncos where fans will have the opportunity to donate to the mission.

Together, let’s grow a stronger foundation for families and a stronger community for all of us.

The Winnipeg ICE are one of 22 member clubs in the Western Hockey League (WHL). The ICE are one of six teams playing out of the WHL's East Division. The WHL consists of 17 clubs located in Western Canada and five in the U.S. Pacific Northwest. The WHL is a member of the Canadian Hockey League and has been a supplier of talent for the National Hockey League for over 50 years. The WHL is also the leading provider of hockey scholarships with over 350 graduates each year receiving WHL Scholarships to pursue a post-secondary education of their choice.

RMHC Manitoba serves families on Treaty 1 and Treaty 5 lands, located on the traditional territories of the Anishinaabeg, Cree, Oji-Cree, Ojibway, Dakota, and Dene Peoples, and the homeland of the Métis Nation.